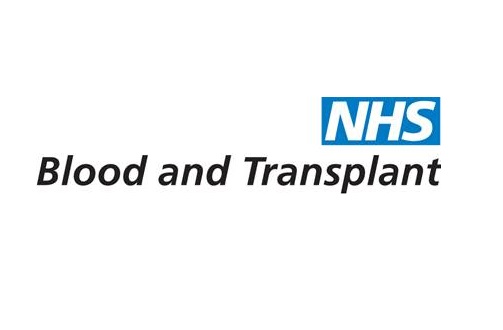 People from Essex who saved lives through the gift of organ donation have been posthumously honoured at a moving award ceremony.

They received the Order of St John Award for Organ Donation, run in conjunction with NHS Blood and Transplant, which was given to their families and loved ones on their behalf.

Hundreds of families are receiving the award at regional ceremonies held across the UK in 2019. The awards recognise the 1,619 people who donated their organs after death in 2018, leading to thousands of patients’ lives being saved or transformed.

People recognised at the ceremony included:

Nicola Rolfe, from Grays, Thurrock.
The award was accepted on her behalf by her brother and sister David Smallbone and Donna Aylett as well as Mum, Linda Allison and children Kezlee Nairn and Callum Nairn. Mum Linda said

“Nicola donated both of her kidneys and her heart and lungs. We know that Nicola’s kidneys were received by two different gentlemen who are both doing well. Receiving the award on behalf of Nicola was a lovely proud moment for me and the family. It was a beautiful ceremony and we honoured to be there.”

Sophie Forrest, 26, from Brentwood.
The award was accepted on her behalf by her mother Maxine Forrest.

Maxine said “Sophie had not joined the Organ donor Register or informed us of her thoughts around this but when discussing organ donation at her bedside we knew she was in support because of conversations she has had with her cousin who was the successful recipient of a kidney transplant. Because of this we carried out her wishes with no hesitation.”

“We agreed to the donation of Sophie’s organs and agreed that she would remain at the hospital until an operating theatre was available to perform the surgery.   We were called by the organ donation team at 1am and invited to come to the hospital to say our final farewells. The family gathered around her bed – we weren’t hurried, and we were treated with the utmost respect and compassion. Sophie had beautiful long hair and one further donation was organised that night. The nurses in the ward had plaited her hair and my son Drew and one of the nurses cut her hair.

At the time Drew had very long hair. He also cut his hair, and both locks of hair were donated to the Little Princess trust to make wigs for children who have cancer.

“Though a devastating experience and we felt sadness beyond belief, we were pleased that Sophie would live on giving other families their loved ones back.  Her heart still beats strong. Sometime later I received a letter informing me that five successful organ transplants had taken place using Sophie’s organs. I also received a beautiful letter from one of the recipients thanking me and letting me know that her husband had his wife back and her little girl had her mummy back.

“Our sadness can only equal their joy of having a long life. Sophie is always in our hearts and minds and will never be forgotten. But she is also cherished by the families who have their loved ones as a result of Sophie’s donations.”

The award was accepted on his behalf by his wife Julie Howard. Julie said
“I knew that Brian would have wanted to donate his organs as he was a very caring man. He was a Community Nurse for a number of years before becoming a Clinical Services Manager for a local Nursing Home. Due to being a Type 1 Diabetic since the age of 9, Brian believed he would not be able to donate any of his organs so was not on the register, however when I was approached about organ donation and told that he could still donate I of course agreed.”
“Brian was able to donate his heart, one of his kidneys & his corneas. His heart and kidney both went to women and his corneas are stored until a match becomes available.”
“Brian was one in a million, he was my soulmate & we had been married for almost 3 years at the time of this death. He had a wonderfully whacky sense of humour and was loved & respected by many people. He had an excellent rapport with his patients, especially the elderly.”
“He was a doting father to his 2 sons, then aged 14 and 11, living in France with their mother & stepfather. Brian was one of 5 children and from a very loving and close family. He was only 48 when he passed away but he lived his life to the full. I know he would have been delighted that some of his organs were donated to help other people.”

Elliot James Peters, 14, from Dunmow.
The award was accepted on his behalf by his mother and step-father Holly and Andy Storey.

Holly said “Organ donation was not something I had ever discussed with Elliot. He was only 14 when he passed away very suddenly from an unknown rare metabolic disorder called OTC deficiency. Elliot was taken to Great Ormond Street for tests after falling ill. Overnight he became worse and the following day we were told Elliot had this rare condition. The consultant told us that it was very rare of someone Elliot’s age to be diagnosed with the disorder, most people are diagnosed as new-borns.”

Elliot was then placed on dialysis to try and reduce the ammonia levels in his blood. Sadly, however his condition continued to deteriorate, and Holly was told that nothing further could be done. Elliot passed away a few days after becoming ill.  Holly continues;
“When we were told nothing further could be done to help Elliot, we were asked about organ donation. I discussed it with his older sister Bryony, and we agreed. I had always carried an organ donor card as growing up I watched my Aunt spend 25 years on dialysis. She also underwent a couple of transplants so I knew how important it was to be a donor, but never did I think it would be a decision I would have to make for my children.”

Through his donation Elliot has so far been able to help four people. He donated his Lungs, both Kidneys, Pancreas and Heart. Elliot’s Heart went to another young person and his other organs have all helped adults. Holly also agreed for Elliot to donate tissue which will be saved until a suitable match is found.

Holly adds “Receiving the Order of St John award on behalf of Elliot was very special. Elliot is missed so much every day, you never expect to lose a child, but I am so proud that Elliot has been to help save and change the lives of so many people.”

The award was accepted on his behalf by his mother Bridget Jennings.

Bridget said “Organ donation was not something we had ever discussed with Toby. I guess we never thought it would be something we needed to know. Toby had just turned 26 when he passed away unexpectedly.

“Toby spent most of his short life helping others, before and during university he was involved in football activities with children and once he had qualified as a physiotherapist he thrived on helping his patients achieve their goals. He had recently been promoted and was over the moon as he loved being a physio. Because of his caring nature and generous personality, we agreed to donate his organs so he could continue to help people.

“We have since been informed that Toby has been able to help three people. Toby donated his kidneys, liver and tissues. His tissues will be saved until a suitable match is found.

“Receiving the Order of St John award on Toby’s behalf was very emotional but I was so proud of the gifts that Toby was able to give and the difference he is continuing to make to their lives.”

Tony Shepherd, Head of County Priory Group Affairs for the Priory of England and the Islands of the Order of St John, said:

“We’re delighted to be able to work with NHS Blood and Transplant to run the Organ Donor Awards for a seventh year and to meet the inspirational families attending the ceremonies. Organ donation can clearly save lives and it is a genuine privilege to be able to say thank you to these families, whose loved ones have already donated their organs to save other people’s lives.

“People are still dying every day because some families are not talking about donation. We hope the example set by the organ donors whose lives we are honouring in Essex encourages many others to join the NHS Organ Donor Register. It only takes two minutes to join the millions of other people who want to save lives.”

From spring 2020, the law around organ and tissue donation in England is changing. All adults in England will be considered as having agreed to donate their own organs when they die unless they record a decision not to donate or are in one of the excluded groups.*

Organ donation is a most precious gift and adults covered by the change will still have a choice whether they want to be an organ donor and their families will still be involved before organ donation goes ahead.

Anthony Clarkson, Director of Organ Donation and Transplantation at NHS Blood and Transplant, said: “The pride families feel at these ceremonies is clear to see. Transplant patients tell us that organ donors and their families are heroes. This award is a chance for us all to recognise their bravery and generosity, and their amazing contribution to society.

“More and more people are supporting organ donation but there is still an urgent shortage of donors. We hope these awards will inspire other people in Essex to tell their families they want to save lives. Telling your family that you want to be an organ donor makes things easier at a difficult time. Families tell us donation is a source of comfort and great pride that helps families in their grieving process and we don’t want anyone to miss the opportunity to donate.

“Please join the NHS Organ Donor Register at www.organdonation.nhs.uk and tell your family you want to save lives through organ donation.”

The award memento features the organ donation heart logo backed by the Maltese Cross – which is used by the Order of St John – above the words ‘add life, give hope’. The award can be received at a regional ceremony or sent to the family privately.

This is the seventh year the awards have been made. They are open to people of all faiths or of no faith.